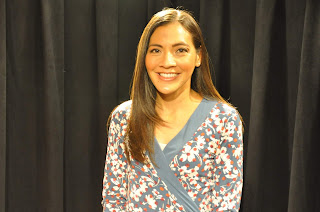 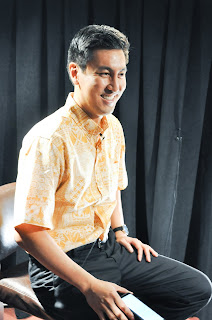 
The event, “Leadership in an Age of Political Conflict,” will take place at 6:30 p.m. Tuesday, July 16, in the Coolidge Auditorium in Washington, D.C.
Hawaiʻi Representatives Scot Matayoshi and Val Okimoto, along with other young lawmakers across the county, have submitted video questions for the discussion.
"Our country is terribly divided right now and part of that is due to people not talking to those with differing viewpoints," said Democrat Representative Matayoshi (Kāne‘ohe, Maunawili, Olomana). "Having friends across the aisle helps us to see that we agree on a lot of the end goals, even if we disagree about how to get there. As young leaders, we need to find a way to refocus on the goals and not waste time vilifying the opposition."
"As a member of the minority party in a blue state, it is important to have the voice of the people heard," said Republican Representative Val Okimoto (Mililani Mauka, Mililani, Waipio Acres).  "There are issues we agree and disagree on, but respectful dialogue with aloha is necessary to effectively serve and represent the people of Hawai‘i who may have differing points of view and opinions."
Hosted by the Library’s John W. Kluge Center, in conjunction with the Daniel K. Inouye Institute, this is the final lecture in a five-year series designed to celebrate the legacy of the late Honorable Daniel K. Inouye, and the value he placed on the power of bipartisanship.

The conversation will be live-tweeted by both the Kluge Center and the Inouye Institute: @KlugeCtr and @DKIInstitute (#Inouye), and live-streamed on the Library of Congress' YouTube page at https://www.youtube.com/watch?v=1MKgZrC6_cA.
The program will also be shown locally on 'Olelo Community Media on channel 49/1049 July 26 at 6 p.m., July 28 at 10 p.m., July 29 at 2 p.m. and July 30 at 8 a.m. It will also be archived at www.olelo.org.
The lecture series is made possible through a generous donation from the Daniel K. Inouye Institute. The full lectures can be found on the Library of Congress website, and more information can be found here: dkii.org/lectures/.
The Daniel K. Inouye Institute was established in 2013 and has been working to preserve Senator Inouye’s papers in collaboration with the University of Hawai‘i and the Library of Congress, support civic engagement, community connections, and cross-cultural exchanges, and is focused on establishing a School of Public Policy and Government at the University of Hawai‘i. To learn more about the Inouye Institute and Senator Inouye, visit dkii.org/.
The Kluge Center’s mission, as established in 2000, is to “reinvigorate the interconnection between thought and action,” bridging the gap between scholarship and policymaking. To that end, the Center brings some of the world’s great thinkers to the Library to make use of the Library collections and engage in conversations addressing the challenges facing democracies in the 21st century.
The Library of Congress is the world’s largest library, offering access to the creative record of the United States—and extensive materials from around the world—both on-site and online. It is the main research arm of the U.S. Congress and the home of the U.S. Copyright Office. Explore collections, reference services and other programs and plan a visit at loc.gov; access the official site for U.S. federal legislative information at congress.gov; and register creative works of authorship at copyright.gov.
Posted by James Gonser at 10:06 AM