Lawmaker Takes Swift Action in Response to Near Tragedy in Kalihi

Early yesterday morning, two boulders tumbled down the side of a mountain, damaging a home on Nobrega St. in Kalihi Valley. Gerald Abella was sleeping in his bed at 4:45 a.m., when a 3 foot by 5 foot boulder crashed through his bedroom wall, coming within inches of hitting his head.

Before the day was over, Vice Speaker John Mizuno (Kalihi Valley, Kamehameha Heights, portion of Lower Kalihi) had visited the scene, talked to the family, and drafted a letter to William Aila Jr, Director of the Department of Land and Natural Resources, urgently requesting a survey of any potential risks associated with the hillside in the future.

Yesterday’s event was similar to last year when 5 boulders rolled down the mountainside over Kalihi Valley and damaged several homes at Kula Kolea Place. In the immediate aftermath of that natural disaster, Vice Speaker Mizuno personally delivered a letter to the Governor requesting State assistance in mitigating, stabilizing and/or removing unstable rocks above Kula Kolea Place. The Governor listened and the situation was addressed properly, promptly, and effectively.

“We’ve been in this position before and used that experience to take appropriate and timely action in the wake of yesterday’s near catastrophe. I’m requesting the DLNR to conduct a survey of any potential future risks associated with the hillside as well as to exercise all means of ensuring the safety and well-being of area residents,” said House Vice Speaker John Mizuno. “Our number one priority is to keep more boulders from crashing into homes on Nobrega St., but we have also begun to work with the DLNR to take a proactive approach in preventing similar occurrences throughout Kalihi Valley in the future.”
Posted by Jay at 4:17 PM No comments:

Homelessness is the topic on the next Jordan's Journal

Homelessness continues to be a major societal problem nationwide and Hawai‘i is no exception. Tackling an issue of this complexity is no easy task and there is no magic solution. Fortunately, we have an individual who welcomes the challenge and is confident we can virtually eliminate homelessness in the islands over the course of the next decade. His name is Colin Kippen, Hawaii State Coordinator on Homelessness. On the next episode of Jordan's Journal, Rep. Jordan sits down with Mr. Kippen to discuss his role as well as his organization's mission.

Mr. Kippen has spent his professional career between Hawaii and the nation's capital working as an attorney dealing with a range of social issues, focusing on native rights law. The Hawaii Interagency Council on Homelessness (HICH) was created through executive order by Governor Abercrombie in July of 2011 and serves as a state level entity in cooperation with the US Interagency Council on Homeless (USICH), which was established by President Obama in 2009. The USICH's Hawaii ties do not end with the President; General Shinseki is currently heading the Council.

Having support at the national level is important, but the war on homelessness will be won at the local level on an individual-by-individual basis. Mr. Kippen stresses that the keys to overcoming this great societal ill are community and collaboration. At the institutional level, solving homelessness requires a comprehensive effort spanning from education, healthcare (to include mental health and substance abuse programs), and education to veterans’ and Native Hawaiian affairs. Even with all of these players working together, tackling homelessness ultimately comes down to the community and the efforts of individuals like you and me.

If you'd like to help the HICH eradicate homelessness in Hawai‘i, or just learn more about the organization and its programs, you can contact Mr. Kippen via email at ckippen@dhs.hawaii.gov or call him at 808 586-0974.

The episode will air Monday, January 28th at 1:00 p.m. on Olelo Channel 54.
You can also view the episode on Rep. Jordan's Vimeo and Youtube channels.
Posted by Jay at 3:29 PM No comments:

Lawmakers Lead by Example in the Fight Against the Flu

This year's influenza virus has had a devastating impact on the continental United States and is starting to appear in Hawaii. Tourism and military traffic increase our vulnerability to the spread of infectious disease and we must do everything we can to prevent the flu epidemic from reaching full force in Hawaii.


The tragic death of four-year-old Jianna Cabasag on Sunday afternoon marks the first flu related death in the state this year. Young children like Jianna and our kupuna are especially susceptible to catching and suffering severe complications from the flu. It's imperative that we be proactive to prevent any more unnecessary deaths.

Vice Speaker John Mizuno, Rep. Dee Morikawa, and Senate President Donna Mercado Kim have already taken action to curb the spread of this particularly viral and deadly strain of influenza. They coordinated with HMSA, CVS-Longs, and Kaiser Permanente to provide flu vaccinations for their working members at the State Capitol earlier today.


"We are urging other organizations to collaborate with their healthcare providers to follow our lead and set up a flu shot day at their workplace. Individuals should contact their providers as well and get inoculated. The flu season is in full swing and it's not too late to protect yourself and your family," said Vice Speaker Mizuno.
Posted by Jay at 4:02 PM No comments:


For more than thirty years, Marilyn Pollock has volunteered her time teaching art in Hanalei School and Kilauea School on Kauai's north shore, assisting inmates at the Kauai Community Correctional Center in earning their associate's degrees, as well as holding art workshops at her home. Today she was presented with a certificate of appreciation on behalf of the legislature for her three decades of community service by Kauai Representatives Derek Kawakami and James Tokioka.

Marilyn is known for using art as a medium to introduce children to history, culture, and science. Her latest project has challenged students to investigate the health of the Anini Reef as it suffers from the infestation of black algae by communicating with microbiologists, writing essays, and painting a mural of the reef in an effort to raise public awareness.

As Marilyn unfurled the beautiful mural of the reef in Senate Vice President Kouchi's office, she explained that there was an ulterior motive behind her visit. "We're here to lobby you on behalf of the reef," she told Kauai Representatives Kawakami and Tokioka. Ms. Pollock went on to explain the risk posed by the invasive algae as well as the civics and government lessons her students learned in the process of creating the mural.

The trip from Kauai to Honolulu was made possible through the generosity of an anonymous donor who covered the cost of airfare and accommodation for Marilyn, two students and their parents.

"There isn't a person on the island of Kauai whose life, or the life of a loved one, has not been touched by Marilyn Pollock," said Rep. Kawakami. "Her three decades of community service stand out as a prime example of how one individual can make a difference. She personifies the Aloha Spirit and is an inspiration to us all."
Posted by Jay at 5:05 PM No comments:

This morning, the 27th Hawaii State Legislature opened session. 2013 marks the return of Joe Souki as Speaker of the House. Representatives John Mizuno and Scott Saiki were voted in as Vice-Speaker and Majority Leader.

The new House leadership began by thanking Speaker Emeritus Calvin Say and Rep. Marcus Oshiro for their responsible leadership that kept Hawaii on the right course despite the largest economic downturn since the Great Depression. Speaker Souki cited improvements in tourism and construction numbers as well as a drop in unemployment as reasons to be cautiously optimistic about the state of the State. He laid out the goals of the session, including investments in infrastructure, environmental protection, and education, which will be paid for by raising revenues in ways that don't impact people with lower incomes and the middle class.

After a few years of subdued festivities in accordance with $2 billion in budget cuts resulting from the Great Recession, music and celebration returned to Opening Day. Maui's own Willy K headlined the entertainment, which also included the McKinley High School Choir. Both dedicated their performance to the late Senator and McKinley alumnus Daniel Inouye and included renditions of his favorite song, "Oh Danny Boy."


Governor Abercrombie, Lieutenant Governor Tsutsui, Senator Schatz, Chief Justice Recktenwald, former Senator Daniel Akaka, Honolulu Mayor Caldwell, and a number of other distinguished guests were in attendance for a day that was a beginning of a new session and a tribute to the late Senator Inouye.

GMOs an Early Theme in Agriculture 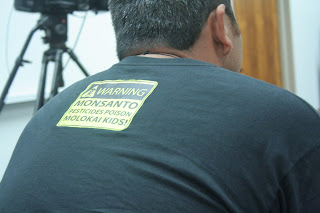 World renowned food security, food sovereignty, and sustainable agriculture advocate Dr. Vandana Singh was scheduled to speak at the Capitol this morning, but her arrival on island was delayed causing her to miss the engagement. Instead, a roundtable discussion on agriculture, specifically Genetically Modified Organisms (GMOs) took place. The panel was composed of Reps Jessica Wooley and Lauren Cheape, national and local experts in the field, and a special guest from Molokai who has experienced, first-hand, the impact GMOs can have on surrounding communities. The standing-room-only crowd included former Governor John Waihee, several Senators, community organizations, and private citizens.


Lawmakers told the public to expect a number of pieces of legislation regarding GMOs and sustainable agriculture to be introduced this session. The centerpiece of the legislative package is a bill proposing to require the labeling of GMO fruits and vegetables grown in Hawaii for consumption on the islands. The narrow focus of the bill has proponents optimistic that Hawaii may become the first state in the nation to require some form of GMO labeling.

2013 Legislative Timetable by
Posted by Thelma at 11:08 AM No comments:

According to a 2012 UH Hilo study, in five years, one in three physicians currently practicing on Hawai'i Island will not be doing so. Hawaii Health System Corporation: Primary Care Training Program (HHSC PCPT) would train primary care teams. Teams can care for up to 10,000 patients with one doctor, before one doctor could only manage 2,500. Teams are more cost effective. One family physician costs $25,000 - $300,000 per year to train (residency), nearly one million dollars over the course of the residency. The HHSC PCPT trains a team equivalent to up to 4 physicians for $1.6 million. 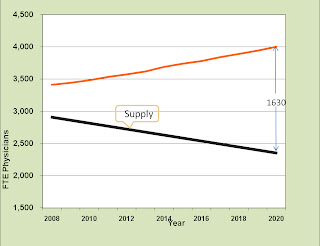 Innovation is the key to solving the primary care gap. The new approach includes advanced practice nurses, pharmacist clinicians, and psychologists, as well as family physicians. Training will focus on skills for practicing in smaller communities. More than half of residents trained at rural sites practice in rural areas.

HHSC feels new programs must be started in order to fill the gap. Physicians must be trained on site in rural areas. Of the 63 residents trained through the John A. Burns Medical Center: 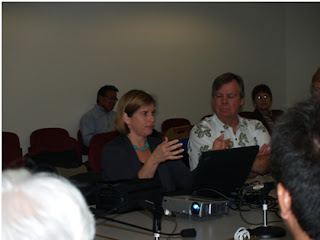 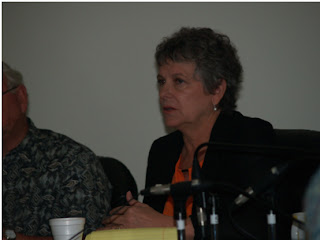 Representative Cindy Evans speaks of the importance of innovation in healthcare. 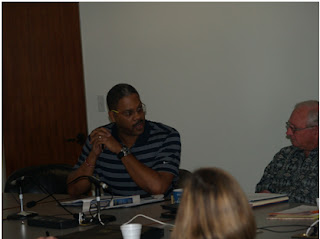 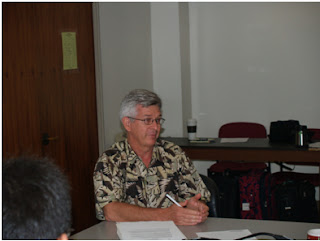 
Submitted by: Michael Moscati, Communications and Community Outreach Liaison for Rep. Evans
Posted by Jay at 3:46 PM No comments: