'Olelo will be broadcasting footage from Rep. Jo Jordan's March 28th town hall meeting on flood mitigation in the coming weeks. The briefing was a follow-up to an initial meeting held on September, 29, 2011. Air dates are:

A previous blog post summarized what happened at the meeting:

Lawmakers shared information about pending capital improvement projects, such as the Puhawai Road Drainage Improvements.  Rep. Jordan requested and secured  about $2 million in general obligation bond funds - $150,000 for planning, $350,000 for design and $1.5 million for construction. Rep. Jordan, Rep. Karen Awana, and Sen. Maile Shimabukuro informed the audience on a number of bills relating to flood mitigation that will benefit Leeward Oahu if passed.


The meeting may also be viewed anytime at Rep. Jordan's Vimeo account.
Posted by Thelma at 12:36 PM No comments:

'Olelo will be airing footage from Rep. Jo Jordan's "Town Hall Meeting: 2012 Legislative Wrap-up" that was held on June 12, 2012 at the Wai'anae District Park. Representative Marcus Oshiro, House Finance Chair, joined Jordan to discuss how  the state budget was balanced, what was cut from government, what was funded, which laws passed and how they will affect the community.

Posted by Thelma at 3:24 PM No comments: 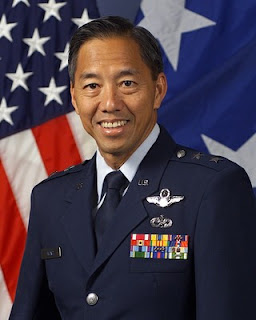 On the next Kukui Connection Rep. Marilyn Lee is joined by Major General Darryll Wong, who was appointed in January as Adjutant General for the State of Hawaii.

Maj. Gen. Wong, a graduate of the University of Hawaii and formerly the Commander of the Hawaii Air National Guard, will share some information about his duties as the Adjutant General as well as his role as the Director of State Civil Defense and Homeland Security Advisor to the Gov. Neil Abercrombie.

Rep. Lee and Maj. Gen. Wong will also discuss how the state is preparing for hurricane season and what individuals, families, and communities can do to help and be ready for a natural disaster.


On the next episode of "Jordan’s Jordan", the Representative will sit down with Wai’anae fisherman Carl Jellings Sr. to talk about ocean resources management on the Wai’anae coast and the impacts of commercial tourism on the fishing industry. Jellings has been fishing on the Wai’anae coast since the 60’s and has been a licensed fisherman since 1978. For years he has dedicated his time to finding ways for commercial tourism boats and fishermen to coexist.

Jordan and Jellings also discussed House Bill 2682, which is awaiting the Governor’s signature. Introduced by Rep. Jordan, the bill would authorize the Department of Land and Natural Resources to regulate the commercial activities that operate out of private marinas and use state waters or marine resources. Currently DLNR can only regulate the number of permits for commercial activities in state run harbors and marinas.

Monday, June 25, 2012
This is the 10-day notification of intent-to-veto deadline.  The Governor must give the legislature 10 days notice of his intent to veto bills passed during the 2012 legislative session.

Tuesday, July 10, 2012
This is the veto deadline.  The Governor has 45 days (excluding weekends and holidays) after the adjournment of the legislature to veto bills.  If a bill that passed the legislature has not been signed or vetoed by this date, it automatically becomes law without his signature.


Posted by James Gonser at 9:38 AM No comments:

The Menehune Market in Kapahi, Kauai used to have large promotional displays of alcohol products around its storefront.  It wasn't a very healthy atmosphere for young kids and families.  Thanks to the artistic vision and hard work of some Kapaa Middle School and Kapaa High School students, the Menehune Market got an amazing makeover and now has a gorgeous, colorful mural on their outside walls.

As part of a Drug Free Awareness project, the kids altered their community environment to make it more family-friendly.  They were supported by the County of Kauai, Life's Choices, Senator Ron Kouchi, Rep. Derek Kawakami, and Kauai Councilmembers Jay Furfaro and Mel Rapozo.

"This is their place, and we just gotta keep it safe for them," said Rep. Kawakami, who goes on to explain the importance of the project for the residents of Kapahi and Kapaa:

Great job, Kapaa!
Posted by James Gonser at 9:40 AM No comments:

How as the state budget balanced?

What was cut from government?  What was funded?

What laws passed, and how will they affect me?

Waianae residents can find out the answers to those questions during Rep. Jo Jordan's upcoming Legislative Town Hall Meeting.  Here are the details:

WHERE:  Waianae District Park (in the multi-purpose room)

For more information, call the office of Rep. Jo Jordan at 808-586-8460 or email repjordan@capitol.hawaii.gov.

Posted by James Gonser at 1:55 PM No comments: