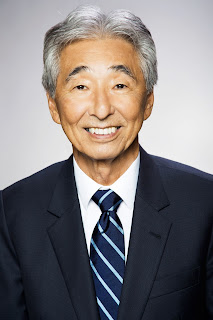 “One becomes more aware of the lack of specialized surgeons on the Big Island when such a delicate procedure is necessary,” said Rep. Tsuji. “I truly believe we have amongst the best of health care providers and facilities. Unfortunately, in such procedures as mine, the surgery must be performed by a surgeon in Honolulu.”

Tsuji added, “I am aware that keeping healthy is very important. But also as a public official, I’m committed to serve our community under various conditions. I will continuously strive to do both.”

The prognosis for the Big Island lawmaker is favorable and he is resuming full activity and work schedule.

Posted by Unknown at 2:03 PM No comments:

The ‘Cool Schools 4 Ewa’ program is off to a strong start with an initial donation of 54 large fans, with six provided personally by Representative LoPresti and another 48 from an anonymous contributor. The cooling fans were purchased with a discount provided by City Mill.

Currently, many of the state’s public school classrooms are not equipped with air conditioning or cooling equipment. Temperatures in Honolulu have risen considerably which has resulted in high temperatures in our classrooms. In the Ewa district—one of the hottest regions on Oahu—classroom air temperatures have reached in excess of 100 degrees. Four of the top five schools on the Department of Education air conditioning priority list are in Ewa Beach.

“Countless concerns have been expressed by the community regarding the temperature of our classrooms,” said LoPresti. “This is a significant problem that needs to be addressed, and I believe this program will engage our local businesses to step up and support the education of our children. With their help, we can create a comfortable and positive learning environment for our keiki.”

“As an educator and a father of two young children, this issue is near and dear to me. I gladly wanted to donate several units on my own and I hope to see more donations follow,” added Representative LoPresti. “I also want to thank and truly express my gratitude to those who have already contributed to this worthy and much needed cause.”

Businesses or individuals interested in donating can contact the Office of Representative LoPresti at 586-6080 for more information.
Posted by Unknown at 9:45 AM No comments:

“I am pleased that these fully air-conditioned portable classrooms will be coming to Campbell High School towards the end of this year. I have heard constant concerns regarding overcrowding and classroom temperatures of over 100 degrees and this is becoming a serious health risk for students and teachers. This is a big step, but if we don’t do even more soon, we will continue to put the health of students and teachers at risk,” said LoPresti.

Since taking office this year, over the past eight months, LoPresti, a member of the House Education Committee, worked tirelessly to secure $8 million total in funds for air conditioning in Ewa Schools including Ilima Intermediate School, Ewa Beach Elementary School and Ewa Elementary School. He petitioned Governor Ige to release, and he has released, $2.3 million in funds for air conditioning upgrades for James Campbell High School. LoPresti also pushed for $4 million for James Campbell High School to address the capacity crisis there, to design more classroom space, and this money was included in the last budget.

The portable classroom structures were originally used during the emergency lava evacuation for Keonepoko Elementary School. When it became clear these portables would not be needed, Representative LoPresti requested (May 6, 2015) that they be sent to James Campbell High School.

“I am pleased at the quick turnaround from my request in May to getting a commitment for these 15 air conditioned classrooms just 3 months after,” said LoPresti

Posted by Unknown at 9:44 AM No comments: