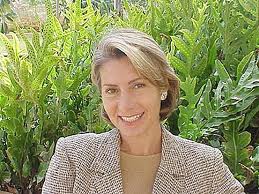 Rep. Isaac Choy is a former Chair of the State Tax Review Commission.  Here is a copy of his testimony to the commission on the consultant's draft report and recommendations:

Rep Isaac Choy Testimony
Posted by James Gonser at 9:49 AM No comments:


On Labor Day we honor the contributions of working men and women.  The holiday weekend marks the end of summer, the beginning of football season, and gives Hawaii families a reason to go to the beach, barbecue, camp, and throw parties. However, as some of us take this vacation day to celebrate the hard work and ingenuity of America’s workforce, we must still recognize that others face significant struggles to recover from the Great Recession. Many have already lost their jobs, or are facing the daily fear of layoffs, decreased hours and cut wages. We’ve seen efforts to reduce healthcare and retirement benefits for workers on the grounds that there’s no money for such things. And yet there always seems to be money for the Pentagon and its contractors.

We could be closer to economic recovery if Congress approved a more responsible Pentagon budget. Each year Congress approves discretionary spending with 56 percent taken up by the Pentagon’s budget, including funds for wars and nuclear weapons. And this budget has increased every year since 1998. With automatic “sequestration” budget cuts fast approaching, some members of Congress want to ensure that Pentagon spending continues to go unchecked while domestic programs are slashed even further. Here in Hawaii, we’ve had to make devastating cuts to school bus services, public health services, nonprofit funding and other programs. Making further cuts will slow our economy and increase unemployment.

National security is a critical role of the federal government. We should wisely invest what we need to stay safe and strong. However, the Pentagon cannot even pass an audit to show that it is using our tax dollars efficiently. There are smart, sensible ways that we can reshape our spending to cut waste and meet 21st century security needs. For example, we could reduce our enormous and expensive Cold War-era nuclear weapons arsenal. Weapons systems that the Pentagon says it does not want or need should no longer be funded. When we cut waste and excessive Pentagon bloat we can better assure that we meet the needs of our troops and veterans who have protected us.

Overspending on the Pentagon means that critical state and local programs get squeezed. Economists note that state and local budget cuts are working against lowering our unemployment rate. In previous recessions, rising public sector employment helped to ease the pain. Instead, now we continue to lay off public workers. Unemployed workers and their families have less and spend less, resulting in expanded job loss in communities already hard-hit.

Meanwhile, military contractors are making record profits. Lockheed Martin’s CEO is one of the highest paid executives in the country, yet he and other CEOs are threatening to send layoff notices to thousands of workers days before the November elections unless they get their way – exemption from any cuts to government spending. They are throwing a political tantrum, irresponsibly putting their workers in the middle of it, and spreading fear and mistrust far and wide.

We should take note that Pentagon spending creates fewer jobs than spending in other key areas, such as education, health care, or clean energy investments. By continuing to spend unnecessarily on the Pentagon, we deny local communities the opportunity to create even more jobs in other sectors.

If sequestration cuts occur, thousands of middle class jobs that provide services to all Americans could be lost. Cuts to special education state grants and Head Start could result in the loss of more than 46,000 jobs nationwide. If the Pentagon is exempt from these automatic reductions, domestic program cuts will be even more draconian.

Our national security is strengthened by investing in our nation’s best asset – its people. Congress needs to focus on creating jobs that will help us build a strong, vibrant, durable economy by funding sectors like infrastructure, education and new technology. Cutting essential services and jobs to allow continued bloated Pentagon budgets and record profits for defense contractors is not the road to recovery.

As a legislator, I believe we need a balanced approach to the budget that provides critical services for our community, such as elderly care, illegal drug use prevention, awareness and enforcement, education and healthy lifestyles, in a cost-effective way. This Labor Day, let’s ask our members of Congress to invest in America’s workers and our economy, building a pathway for this and future generations!
Posted by Thelma at 9:01 AM No comments: