Carroll to speak at Ku I Ka Pono rally 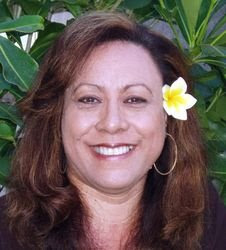 Representative Mele Carroll and Senator Clayton Hee will speak this Saturday, January 17, 2009 at a rally to protect Hawaiian ceded lands. The rally, which will be at Kapiolani Park, will follow a Ku I Ka Pono march that begins at Saratoga and Kalakaua at 10 a.m.

Organizers of the march are seeking the support of the Legislative Hawaiian Caucus in their efforts to urge Governor Linda Lingle to quash an appeal asking the U.S. Supreme Court to overturn a ruling by the Hawaii Supreme Court that barred the state from selling ceded lands until Native Hawaiian claims are resolved. Activists are also pursuing assistance from the caucus to help draft legislation to protect ceded lands until the claims are settled.

The Office of Hawaiian Affairs announced this week that they have already drafted a bill for introduction this session to impose a moratorium on the sale of ceded lands by the state. According to a story in the Honolulu Advertiser, several lawmakers are likely to introduce their own versions of a moratorium bill.