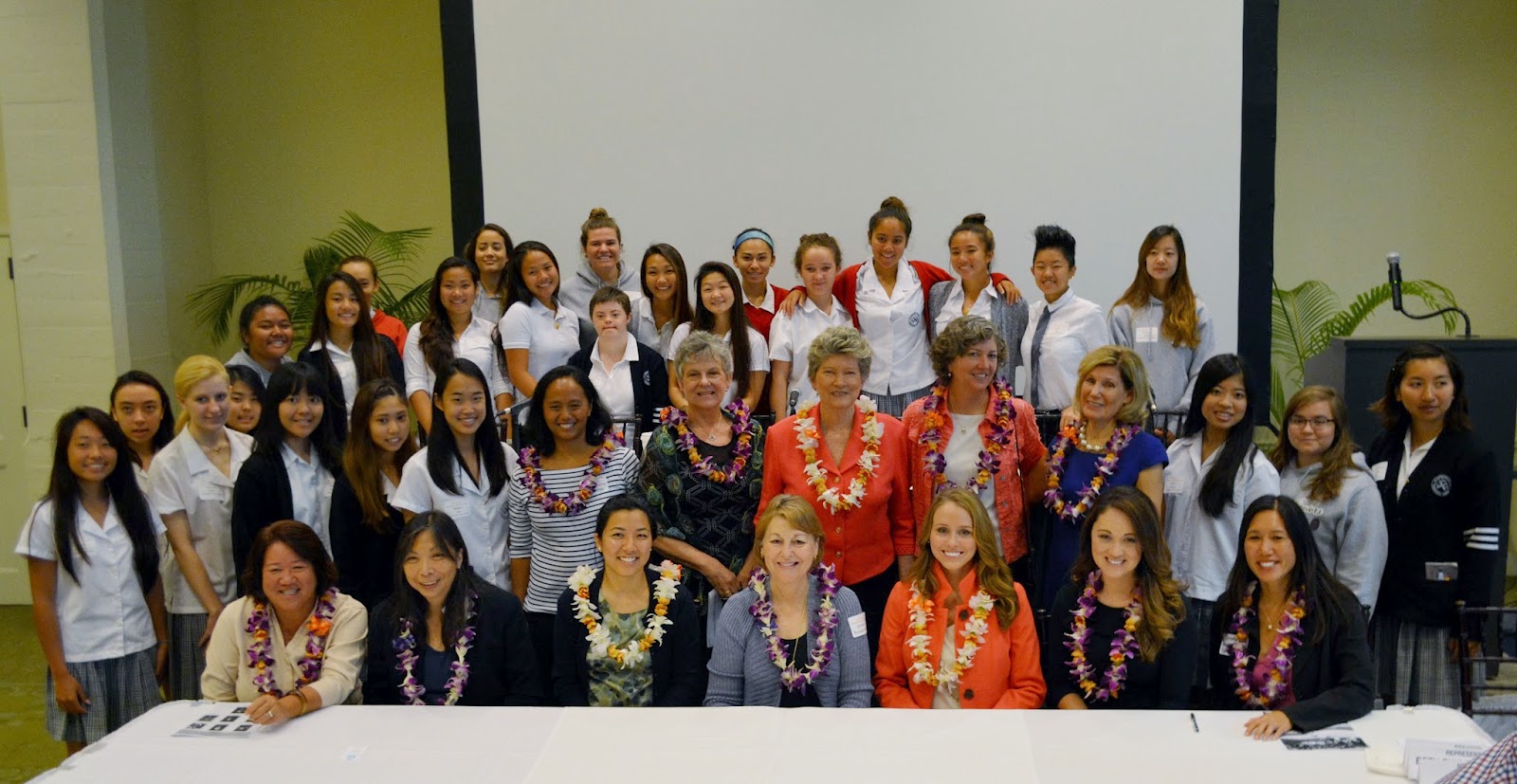 The Women’s Legislative Caucus, consisting of members from both the state Senate and House, today announced a joint package of measures for the 2015 legislative session.

The package of bills cover five areas of concern to women of all ages and economic background, including improving reporting and enforcement of domestic violence and sexual assaults, reducing violence and sexual assaults on college campuses, ensuring women’s access to healthcare, addressing Hawaii’s high cost of living faced by working families, and restoring public trust of Hawaii’s law enforcement community.

“Domestic violence, campus assaults, perceived unsympathetic law enforcement officials—all of these issues remain ongoing concerns for women of all ages from all backgrounds,” said Representative Della Au Belatti (Makiki, Tantalus, Papakolea, McCully, Pawaa, Manoa). “Whenever we think we are making progress, reports like the recent Star Advertiser article on the U.S. Department of Education’s investigation of 55 college campuses across the nation punctures that balloon.”

“It shows we need to continue to press our case for better reporting and enforcement of domestic violence and sexual assault on our schools campuses, for greater transparency and accountability from our law enforcement entities, for better access to health care for women, and for greater support for women who are often more vulnerable to the high cost of living in Hawaii.” 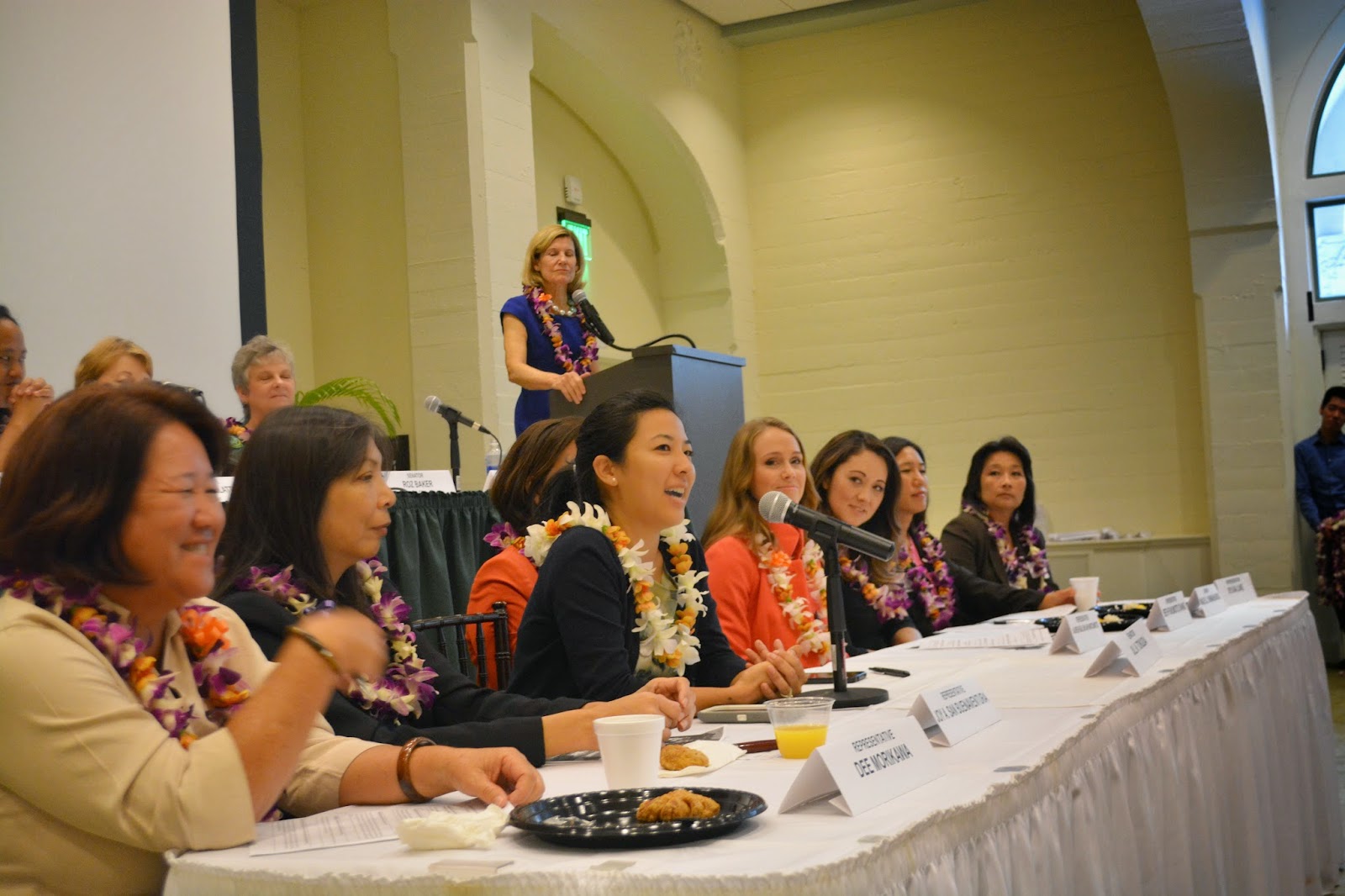 “This year’s caucus package represents the collaborative work of women legislators and the Women’s Coalition, the community counterpart to the Women’s Legislative Caucus,” said Senator Rosalyn Baker (South and West Maui). “These bills address some of the important societal issues facing women and girls – security in home, workplace and community.

“In the package we also highlight our concern for women’s health.  Breast and cervical cancer still goes undetected for too many women in Hawaii.  One of our bills will provide funding to expand screening and treatment services to underserved, at-risk women.  These cancers can be successfully treated and cured, if found early.  This bill’s modest investment will save suffering, healthcare costs and lives.  Together, our package will help to create a safer and healthier environment and contribute to a better quality of life for Hawaii’s women and their families.”

“Our state has the highest cost of living in the nation and we are in dire need of affordable housing,” added Senator Suzanne Chun Oakland (Liliha, Palama, Iwilei, Kalihi, Nuuanu, Pacific Heights, Pauoa, Lower Tantalus, Downtown).  “A 2011 housing study informed the state that we will be 50,000 housing units short by 2016.  This creates a perfect storm for many low-income earners, many of whom are women supporting their families, who are trying to get by paycheck to paycheck and keep a roof over their heads. Amending the income tax credit for low-income renters is one strategic component that will put more money in their pockets to support their families.”

“Different decades of women banding together can make a powerful sisterhood which will make our communities, state and world a safer and better place,” said Representative Cynthia Thielen (Kailua, Kaneohe Bay). 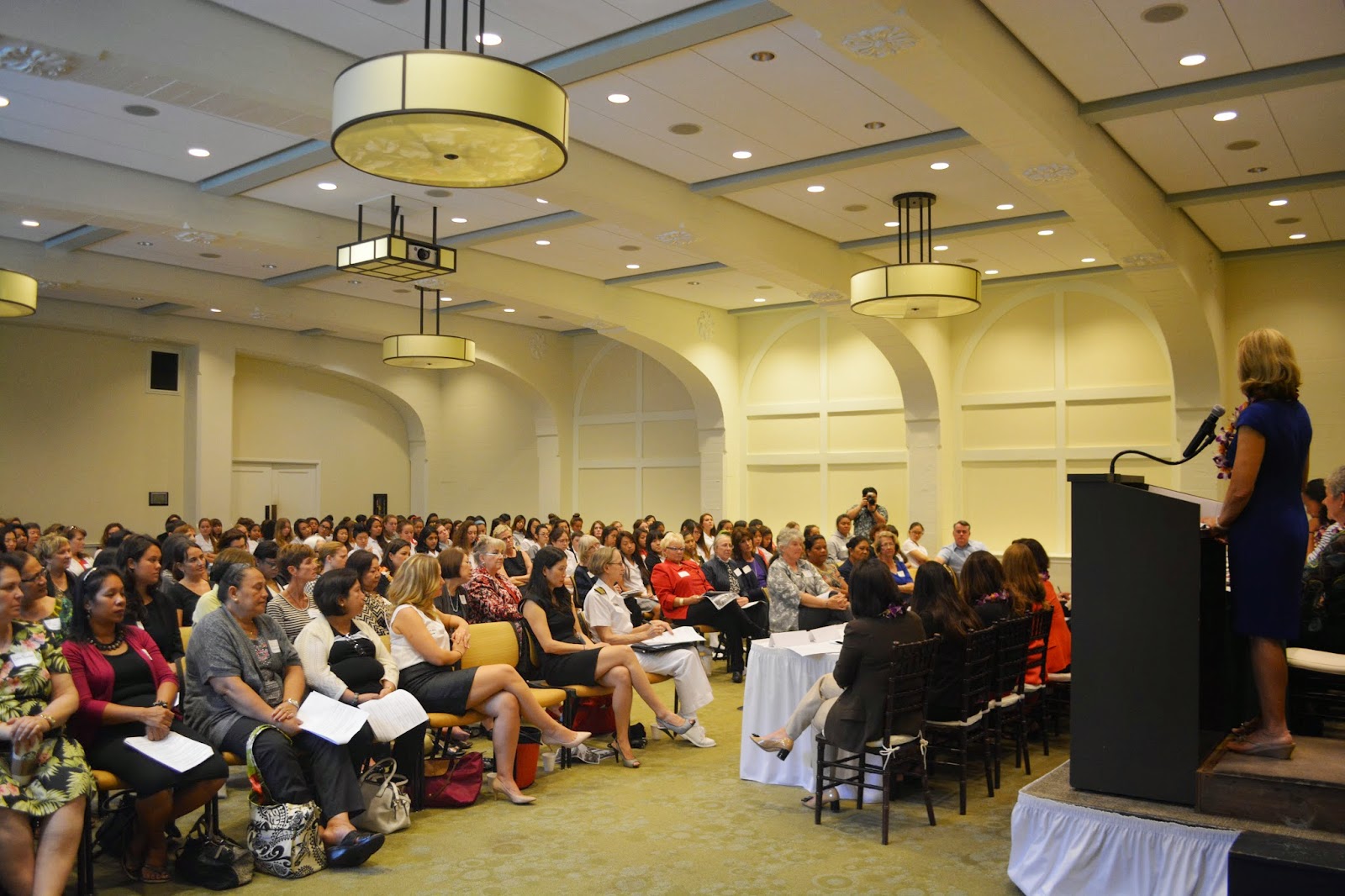 This year’s package is dedicated to the Women’s Coalition in recognition of their commitment and advocacy for women and girls.

The Women’s Coalition, established in 1990 by former State Representative Annelle Amaral, is a coalition of community organizations and volunteers from across the state that raise awareness and advocate for important issues to women and families.  Through its own collaborative processes, the Women’s Coalition assists the Caucus in creating its legislative practice.

The Women's Legislative Caucus is made up of all the female members of the state House and Senate.  Each year the caucus presents a package of bills relevant to the well-being of women and families and supports the bills throughout the legislative session. Belatti, Baker, Chun Oakland and Thielen serve as co-chairs of the Caucus.

HB447/SB390, relating to domestic abuse, Department of Human Services and Family Court
Removes certain unnecessary and redundant reporting responsibilities of the family courts and the Department of Human Services in cases where temporary restraining orders are sought for alleged domestic abuse involving a family or household member who is a minor or incapacitated person.

HB448/SB386, relating to domestic violence fatality reviews and Department of Health
Requires the Department of Health to conduct reviews of domestic violence fatalities, near-deaths, and suicides.  Requires the DOH to enter into a memorandum of understanding to develop procedures for obtaining information relating to near-deaths resulting from intimate partner assaults.  Requires reviews to commence within one year following the death, near-death, or suicide.  Requires information and recommendations from the review process to be compiled for system reform efforts.

REDUCING VIOLENCE & SEXUAL ASSAULTS ON COLLEGE CAMPUSES
HB451/SB387, relating to affirmative consent and the University of Hawaii system
Requires the University of Hawaii system to establish and enforce an affirmative consent standard for all policies and protocols relating to sexual assault, domestic violence, dating violence, and stalking as a condition of receiving state funds for student assistance.

ENSURING ACCESS TO HEALTH CARE
HB455/SB385, relating to the Breast and Cervical Cancer Control Program, the Department of Health and appropriations
Appropriates funds to the Department of Health for the breast and cervical cancer control program.
ADDRESSING HAWAII'S HIGH COST OF LIVING FOR WORKING FAMILIES
HB454/SB392, relating to the income tax credit and low-income household renters
Amends income tax credit for low-income household renters to adjust for inflation.  Applies to taxable years beginning after 12/31/2015.

The public can participate in legislative discussions and follow the progress of the bills by logging onto the Capitol website at http://www.capitol.hawaii.gov/advreports/advreport.aspx?report=package&pkey=12&year=2015&name=Women%27s+Legislative+Caucus
Posted by Unknown at 3:21 PM