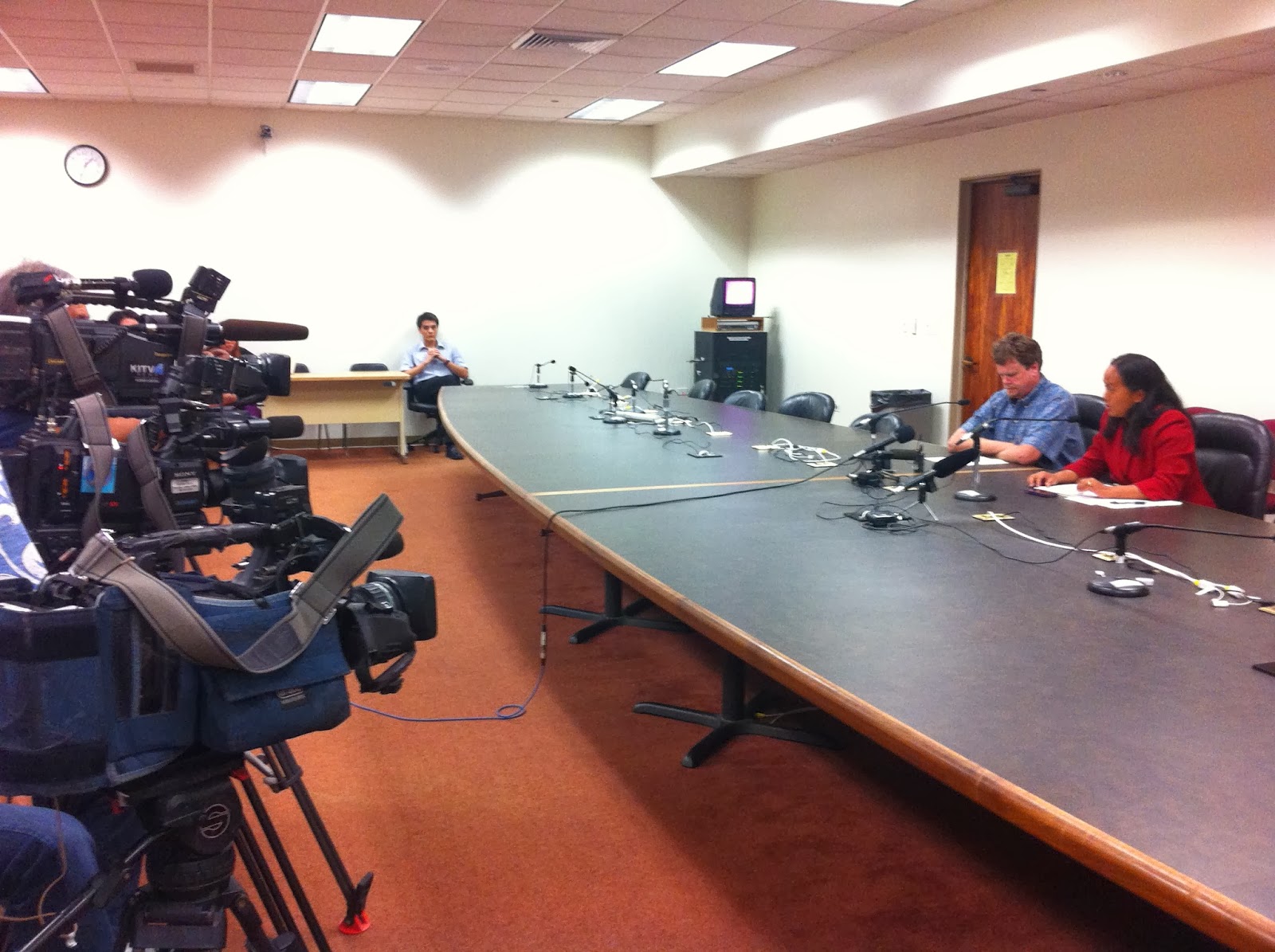 “It goes without saying that the Connector has had a rough time with their rollout for many reasons,” said Belatti. “But at the end of the day, if it fails, it is the people of Hawaii who will be the losers. There has been plenty of justification for finger pointing and calls for accountability, but now we need to move beyond the criticism and provide constructive recommendations to help right the ship.”

“The Connector was designed to match low-income residents with subsidized health plans under the Affordable Care Act,” said McKelvey. “It has faced technical difficulties as well as administrative ones. The problems cannot be solved by a single silver bullet or by simply saying let’s throw it all out and start fresh. If you do, you’re doomed to repeat the same failures.

In Hawaii, more than 17,000 individuals have applied for health insurance through the Health Connector during the current open enrollment period, which ends March 31, 2014.

The proposed measures include bills:

HB2526 RELATING TO THE HAWAII HEALTH INSURANCE EXCHANGE: Establishes the Hawaii Health Connector as a state entity as of 01/01/2015.

HB2527 RELATING TO HEALTH INSURERS ASSESSMENTS: Establishes a sustainability fee for the Hawaii Health Connector. Deposits the fee into a special subaccount of the Compliance Resolution Fund.

HB2525 RELATING TO INSURANCE RATES:  Requires individual health insurance plans and small group plans to establish rates based on community rating without regard to age, sex, health status, tobacco use or occupation.

HB2530 RELATING TO THE HAWAII HEALTH CONNECTOR:  Effective July 1, 2014, lowers the number of members on the board of directors of the Hawaii Health Connector to twelve, with a maximum of nine total voting members. Removes members representing insurers and dental benefit providers from the board and requires all but one of the state agency representatives on the board to be ex officio, non-voting members. Establishes procedures for filling vacancies on the board.