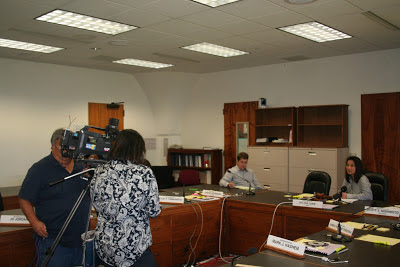 Honolulu, Hawaii – The House Finance Committee led by Representative Sylvia Luke (Makiki, Punchbowl, Nuuanu, Dowsett Highlands, Pacific Heights, Pauoa), today passed out the proposed state budget which is scheduled for a vote next week by the full House.
HB200 HD1 appropriates funds for operating and capital improvement costs of the Executive Branch for the current biennium fiscal years FY2013-2014 and FY2014-2015.
For FY2013-2014, the bill offers $5.9 billion in general funds and $11.6 billion in all other means of financing.  For FY2014-2015, it appropriates $6.1 billion in general funds and $11.7 billion in all additional financing means.
Finance Chair Luke acknowledged that the fiscal outlook is a little more positive than it has been in the past but she said, "because we have a fiscal climate that is looking up in terms of revenue, this is actually the time to take a conservative approach to our budget picture.  I realize that in the last four years we have had to cut funding to our programs and agencies because of the State's financial crisis, but simply restoring the cuts to pre recession numbers is not the approach we are taking."
"We need to re-evaluate what government is here for, what do we need, what can we do without.  The House is taking on the challenge to develop a budget that gives us the opportunity to provide structural stability to the State's financial plan.  We want to increase transparency, efficiency and accountability in government.  We want to reprioritize and restructure government services and create an evolving, sustainable and robust economy for future generations," said Luke.
"I believe expectations for complete funding restoration plus additional funds for more projects are high, as exhibited in the Executive's budget request to us.  However, indicators from various economic forecasts show an unsteady trend in revenue.  For example, while the Council on Revenues (COR) projected increases based on a robust tourism industry and expansion in the rest of the economy, it remained uncertain about the impact on tax collections due to the renewable energy credit and changes in the tax laws.  Meanwhile, the University of  Hawaii Research Organization (UHERO) reported last month that despite the banner year for tourism, economic growth will ease over the next two years.  We are also facing the unknown ramifications of the federal government's sequestration," concluded Luke.
Funding highlights include;