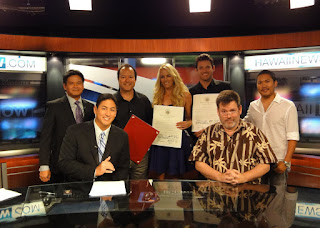 Representative Tom Brower was in Waikiki recently supporting several fundraising events held by one of Hollywood’s hottest charities, Tag the World (TAG). Founded in 2006, the charity reinvigorates local charitable gift-giving through star-studded fundraisers and the sale of fashionable silver “tags” – designed by jeweler Michael Barin – that people can engrave with meaningful dates, initials or words to support their favorite charity. Why the name? TAG poses the question, “If you had the opportunity to change something, what would you change? Tag, you’re it” and offers five global causes you can support: children, cancer, Africa, global green, and animals.


TAG held a celebrity triathlon and several other events in August to raise money for Kids Hurt Too, a local non-profit organization that helps children who are impacted by death, divorce or placement in foster care. This is the second consecutive year that TAG has come to Hawaii. 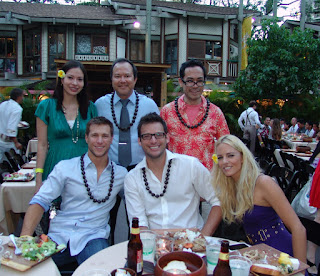 Rep. Brower has been working with founders Robert Parks-Valletta and Hannah Cornett since their first meeting last year. The California-based founders have volunteered time, funding, job training, and companionship for Hawaii’s keiki. The group’s community activism sends children the message that people still care about them, which will positively impact them for the rest of their lives.
Posted by Thelma at 4:13 PM