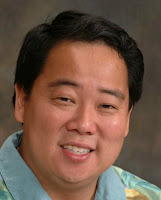 A House Concurrent Resolution, HCR165, was recently passed by the Hawaii State Legislature; it requests the state auditor to conduct a program audit on the efficiency and effectiveness of Child Welfare Services in processing and investigating complaints of child abuse and neglect, and on the misuse of child support.

The resolution was introduced by Rep. Ryan Yamane (left), Chair of the House Committee on Health, after hearing the personal experiences of victims, including that past claims of child abuse and misuse of child support have been ignored.

The Cyrus Belt case has recently drawn attention to alleged deficiencies in the program. Cyrus Belt’s father, David Belt has filed a lawsuit claiming negligence by the Child Welfare Services branch, and that the mother allowed Matthew Higa access to the child. Matthew Higa was sentenced to life in prison yesterday for throwing 2-year-old Cyrus off an H-1 freeway overpass to his death.

“Very often, children who are abused or neglected have no one to fight on their behalf, and the results can be tragic,” said Rep. Yamane. “After hearing compelling testimony from victims who claim that complaints are often ignored, I believe the audit at the state level is warranted, and I hope the Department will work with us to make the improvements that need to be made.”

One of the testifiers, at the time a member of Rep. Yamane’s session staff, came forward as a victim in support of the resolution. Her testimony read, in part:

The Attorney General and the Administrator of Child Welfare Services, through the resolution, have been asked to cooperate fully with the state auditor. The Auditor must provide a report to the legislature no later than 20 days prior to the convening of the 2011 legislative session.
Posted by James Gonser at 2:00 PM

I THINK YOU SHOULD TAKE A GOOD LOOK AT THE FACT THAT CPS HAS UNCHECKED CREDIBILITY AND THAT A LOT OF THE ABUSE IS CPS UNNECESSARILY REMOVING CHILDREN AND HOLDING ON TO THEM LONG ENOUGH SO THAT THEY CAN USE THE FEDERAL TIMELINE FOR AN EXCUSE TO FILE FOR PERMANCY WITHOUT ACTUALLY DOING WHAT THEY ARE SUPPOSED TO DO LIKE HELP REUNITE THE FAMILIES BY OFFERING SERVICES NEEDED AND WHY THE HELL IS IT OKAY FOR CPS TO STRAIGHT UP LIE IN COURT AND NOT BE HELD ACCOUNTABLE ESPECIALLY WHEN THERE ARE CHILDREN INVOLVED. CPS NEEDS NOT ONLY TO BE AUDITED THEY NEED TO BE INVESTIGATED THOROUGHLY FOR ABUSING THEIR POSITION AS SOCIAL WORKERS AND TAKING ADVANTAGE OF THE IMMUNITY GRANTED WHEN TAKING THE JOB. I HAVE WORKED HARD TO REGAIN THE CUSTODY OF MY CHILDREN AND I HONESTLY BELIEVE THAT THE UNRESOLVED ISSUES BETWEEN ME AND MY SOCIAL WORKER PREVENTED THAT FROM EVER HAPPENING. IT SEEMS THAT THEY ABUSE THEIR POSITION WHICH OBVIOUSLY HAS THE POWER TO CHANGE A PERSONS LIFE FOREVER AND NOT BE HELD ACCOUNTABLE FOR THE LIES THEY TELL WITHOUT NO REAL EVIDENCE. CPS IS GIVEN TOO MUCH TRUST AND TOO MUCH POWER. I DON'T BELIEVE THAT A FAIR DECISION TO TERMINATE PARENTAL RIGHTS CAN BE MADE BASED ON UNTRUE STATEMENTS AND WITHOUT HAVING TO PROVIDE REAL DOCUMENTS TO BACK UP WHAT THEY SAY IN COURT OTHER THAN A JUDGE WHO TAKES THEIR WORD WITHOUT HESITATION JUST BECAUSE THEY CAN. I HAVE BEEN ASKING FOR HELP REGARDING MY ISSUES AND LET ME TELL YOU SOMETHING, JUST BECAUSE I HAVE A PAST DOESN'T MEAN I CAN NOT CHANGE MY FUTURE. I AM A GOOD MOTHER WHO JUST MADE BAD CHOICES IN THE PAST. PUNISHING ME BY TAKING MY CHILDREN OUT OF MY LIFE COMPLETELY SERVES NO JUSTICE TO THE FAMILIES OF HAWAII AND CERTAINLY NOT FOR THE CHILDREN WHO WILL FOREVER BE SCARRED FROM BEING TORN AWAY FROM THE MOTHER JUST BECAUSE SHE TOOK A LITTLE LONGER THAN OTHERS TO COMPLETE A PROGRAM. I AM NOT PERFECT AND I MAY NOT HAVE THAT PERFECT JOB BUT I AM STILL WILLING TO WORK ON THAT AND I STILL NEED ALL THE HELP I CAN GET AND SUPPORT FROM ANY ONE AND EVERY ONE. CPS HAS GOTTEN AWAY WITH SO MANY SERIOUS ACTS OF BAD FAITH AND POOR REPORTS THAT RESULTED IN ALTERING A CHILD'S LIFE AND DELIBERATE DESTRUCTION OF A MOTHER AND CHILD BOND. BEFORE WORRYING ABOUT MONEY TRY LOOKING AT THE FACT THAT CPS IS WASTING MONEY AND GOING HARD AFTER THE ONES WHO DON'T HAVE MUCH FAMILY AND ARE EASY TARGETS BECAUSE THEY ARE TOO CHICKEN SHIT TO GO AFTER THE REAL ABUSERS.