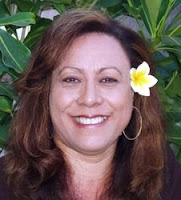 Rep. Mele Carroll, chairwoman of the Hawaiian Affairs Committee, will be a panelist in a live discussion on ceded lands airing on KITV4 Friday, February 20, 2009 at 7 p.m. Other guests include former Gov. John Waihee, Senate President Colleen Hanabusa, and Chair of OHA Board of Trustees Haunani Apoliona with moderator Skylark Rossetti. The show will also be broadcast online at www.kitv.com.

The Legislative Hawaiian Caucus, which Rep. Carroll is the chairwoman of, supported a full moratorium on ceded lands and introduced legislation that prohibits the state from selling and transferring ceded lands in the public trust. Carroll and the caucus support the Hawaii State Supreme Court decision which prevents the State from selling ceded lands until native Hawaiian claims to the land are settled. The United States Supreme Court is reviewing an appeal by Gov. Linda Lingle requesting that the decision be overturned.

HB1667 passed out of the Committee on Hawaiian Affairs earlier this month and must be heard and passed by Water, Land & Ocean Resources and Judiciary Committee before heading to Finance.
Posted by Thelma at 11:47 AM