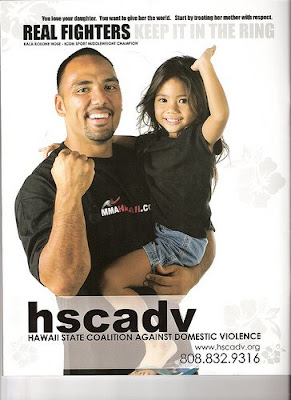 "When she refused to go with him, he pulled a gun from his pocket and shot her. He then shot her three more times." -- Domestic Violence Strategic Plan Executive Summary.
Not all domestic violence cases end this way. But too many of them have. This year alone intimate domestic violence can be blamed for fourteen deaths, including victims, children and perpetrators.

In 2005, the Legislature directed the Department of Health to develop a five year plan (2007-2012) to reduce the incidences of domestic violence. The DOH selected the Hawaii Coalition Against Domestic Violence (HSCADV) to create a planning committee to develop the plan. The planning committee today briefed lawmakers on the goals, objectives, hindrances and progress of the Domestic Violence Strategic Plan.