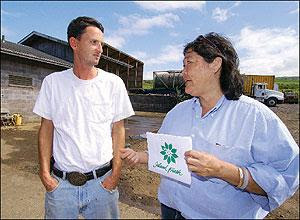 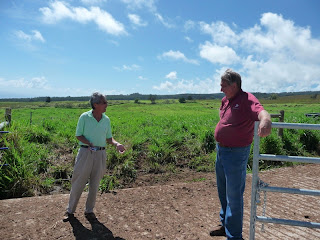 Many folks don't realize that the state of Hawaii was self-sufficient in milk production back in the 1980's, and did not have to import mainland milk. In fact, the dairies were producing more milk than we could use. Today, the scenario is reversed with the state importing 82% of our milk. 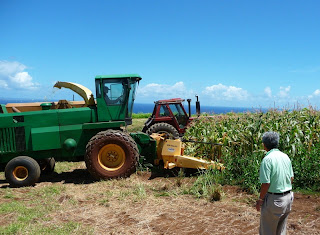 Rep. Tsuji wanted to help the livestock industry get back on its feet with HB1221, a livestock revitalization bill. The legislature appropriated $3.3 million for each year of the biennium through 2009, for farmers to use as reimbursement for feed costs. Island Dairy received the maximum $250,000, and spent an additional $1 million for equipment and supplies. They used the money to start growing their own corn for feed, and they harvested their first crop on Tuesday.

I didn't realize that the state is importing 82% of our milk. Interesting story. Thanks for your posting.