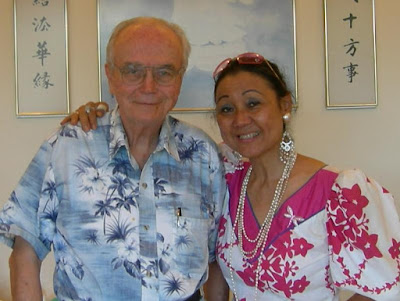 The Peace Day Committee announced today that Glenn D. Paige, professor emeritus of political science at the University of Hawaii at Manoa, will be acknowledged for his commitment to global nonviolence and presented with the Peace Day 2008 Award during a special ceremony on Sunday, Sept. 21, 2008 at the Hawaii Convention Center.

Glenn D. Paige, 79, a Korean War veteran and Honolulu resident, is the author of Nonkilling Global Political Science (2002), which has been translated into 29 languages, including Arabic, Chinese, Filipino, French, Hindi, Japanese and Urdu. He is the founder and president of the Center for Global Nonviolence (http://www.globalnonviolence.org/), a nonprofit organization that convened the First Global Nonkilling Leadership Forum in Honolulu in 2007 with 30 participants from 20 countries. The Forum was co-sponsored by the UH Matsunaga Institute for Peace and the Mu Ryang Sa Temple.