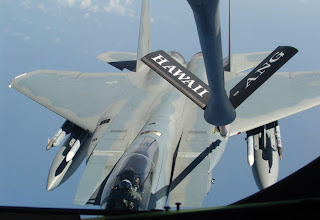 And they thought politics was a delicate dance? Yesterday, members of the legislature were treated to a special tour of F-15 fighter jets and a demonstration of refueling in mid-air. The visit was hosted by the Hawaii Air National Guard and took place 105 miles off the coast of Honolulu. 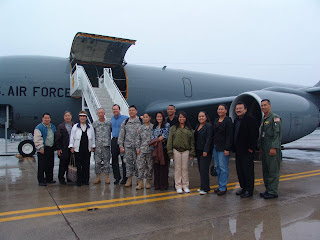