Philippine News today carried this profile of Rep. Rida Cabanilla. Here's an excerpt on some of her legislative activity in the 2007 session:

She also co-sponsored Act 100, which provides up to $2,000 for the burial expenses of Filipino World War II veterans. It was signed by Gov. Linda Lingle (R) in May, and Cabanilla is pleased about that. Still, she strongly believes all 50 states should pass their own laws as it may be easier than waiting for Congress to pass the Full Equity Act with aging veterans losing their ranks everyday.
This year, she sponsored a caregiver tax credit initiative, which, unfortunately, did not pass the state legislature. The measure would have provided tax credits to families or individuals who take care of family members, such as an ailing or elderly grandparent, with out-of-pocket expenses. She said the bill did not pass because many families are not adequately trained to care for the elderly.
“If families would use it, they will collect the money, but won’t take care of their families,” she pointed out.Cabanilla was also instrumental in adding a nursing program at the Leeward Community College because of a nursing shortage in Hawaii.
Last year, she was recognized by the Hawaii Dental Association as the 2006 Legislator of the Year for her opposition to HB 3141, a measure that would have allowed dentists in Hawaii to practice in other states without a formal examination.
“I honestly did not agree with the bill,” said Cabanilla. “And, I was honored by the very people whose bill I was trying to kill.”

Last October, Rep. Cabanilla was recognized as one of the "100 Most Influential Filipina Women in the United States" by the Filipina Women's Network. Get more info in this PBN story. 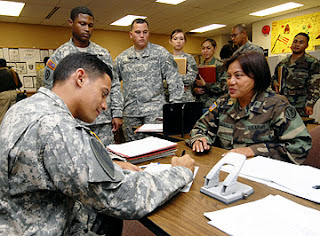 Hi Anonymous,
I'm sorry I had to delete your comment, but the policy is not to post or allow comments that are campaign related, as yours was. That said, we want to encourage dialog and welcome comments relating to the legislature. Care to rephrase?