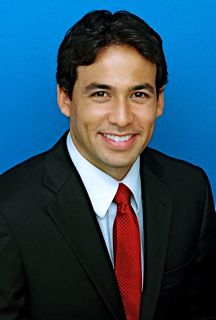 Rep. Chris Lee's floor remarks in support of HB 127, which requires hospitals and emergency rooms to provide information about emergency contraception to sexual assault victims, and dispense emergency contraception upon request. Ten members voted "no", while eight voted "yes, with reservations". The measure will now be referred to the House Finance Committee.

Each year about 25,000 women become pregnant as a result of sexual assault.


Especially in cases of assault, the American Medical Association, American College of Obstetricians and Gynecologists and a host of others believe that medically accurate information and the option to use emergency contraception should be provided to all victims as a measure of basic medical treatment.


If there are political implications to consider as we vote on this bill, rest assured that seventy-three percent of registered voters believe pharmacies should not be allowed to refuse dispensing emergency contraception based on moral or religious grounds. In hospitals and cases of assault approval is even higher. As recent as the year 2000, even among Catholic women, seventy-eight percent support emergency contraception in cases of assault.


No matter how anyone feels, passing this bill is common sense. We are a nation of multiple religions and conflicting beliefs. However, as an objective government we ought to default and defer to sound medical directives and individual choice.


For victims of sexual assault who have had their bodies and rights violated once, it is especially important that we not allow government to mandate whether or not they will be violated a second time by forcing an unwanted pregnancy upon these victims. The choice must be the individual's to make, and we must pass this bill to make sure that victims are given the opportunity to make that choice themselves, no matter which hospital they end up in.