Art at the Capitol event on First Friday, Mar 5 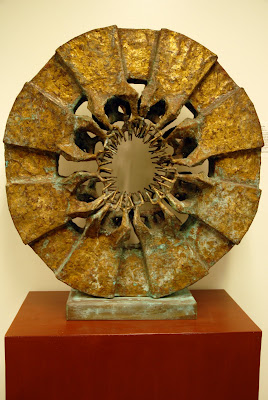 The Hawai‘i State Legislature will open its doors for March’s First Friday event with the 2nd Annual “Art at the Capitol,” an opportunity for the public to view over 430 works of art that are a part of the State’s Art in Public Places program. Guests can also enjoy entertainment featuring live music by the Hawai‘i Youth Symphony, take guided historical tours of the Capitol, and mingle with artists and lawmakers.

“We have some outstanding art in the Capitol,” said Senator Brian Taniguchi, who has led efforts to open the Capitol on First Friday. “We wanted to make it more convenient for people to come in and see them all at once, to get the full impact of our collection.”

Ronald Yamakawa, Executive Director of the Hawai‘i State Foundation on Culture and the Arts, also sees the Art at the Capitol event as a way to expand public appreciation of art in various environments.

We have a lot of art installed at the Capitol, which not only enhances the building’s atmosphere, but also shows that the experience of art can be an everyday event,” said Yamakawa. “This is a great opportunity for the public to view these works in the context of working offices.” 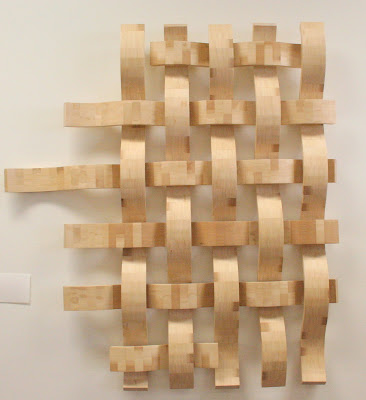 Over and Under by Aaron Padilla located in Representative Blake Oshiro's office.
This marks the second year the State Capitol has participated in a First Friday event. More than 400 people attended last year's event held in April 2009. This year, 45 offices in both the House and the Senate will participate.

"This is the people's capitol and the public's art after all," said Representative Isaac Choy, who is coordinating offices in the House and welcomes the opportunity to open their doors to the public. “What a great way for members of the public to meet their lawmakers face to face, see their offices and get to know them in a different context."

Works of art are placed in public areas of the State Capitol as part of the State Foundation on Culture and the Arts’ “Art in Public Places” program, which seeks to
enhance the environmental quality of state public buildings and spaces for the enjoyment and enrichment of the public; cultivate the public’s awareness, understanding and appreciation of visual arts; contribute toward the development and recognition of a professional artistic community; and acquire, preserve, and display works of art expressive of the character of the Hawaiian Islands, the multicultural heritage of its people, and the various creative interests of its artists. The program was established in 1967, and was the first program of its kind in the nation.

KITV4 did a story about state art pieces and a bill advancing at the Legislature allowing the state to sell art work in this tight economy. The "Art at the Capitol" event that will allow you to see the state-owned art work, in which the bill refers, showcased in the offices of our state lawmakers. Watch the video HERE.
Posted by Thelma at 2:54 PM

Email ThisBlogThis!Share to TwitterShare to FacebookShare to Pinterest
topics: Art at the Capitol, Art in Public Places, Rep. Isaac Choy

Great subject. I have been playing around with the idea of the comment structure recently.
I think now Internet user are increasing day by day so company are preferring online marketing now.
I think that Marketing Online is still the best choice, cause we have high ROI´s with less investments, especially with SEO.
Thanks.
when The popular comment layout is common, so it is easily recognized scanning to post a comment. If the comment section is in a different format, then I am going to spend more time trying to decipher what everything means.