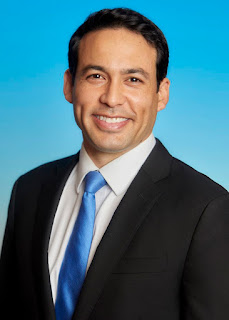 National non-partisan group focuses on environment, climate, energy policies
Honolulu, Hawaiʻi – This week at its annual meeting in Nashville, Tennessee, Hawai‘i State Representative Chris Lee was elected to be the Vice President of the National Caucus of Environmental Leaders (NCEL).


NCEL is a non-partisan organization of 1200 Republican, Democratic, and independent State Legislators from all 50 states, territories. It is a 501(c)(3) organization that was created by and for state legislators to exchange policy ideas and work collectively toward improving environmental, climate and energy policy.
The NCEL Board of Directors, on which Rep. Lee has served since 2015, is comprised of 14 members, a majority of which are sitting state legislators. As Vice President Rep. Lee will work with newly-elected NCEL President and former Alaska House Minority Leader Beth Kerttula in leading and building an even stronger Caucus.
“As a national thought leader on policies that transition states to renewable energy, cleaner air and water, and sustainability for the future, Rep. Lee has been an invaluable mentor to his peers in the Caucus looking to replicate the success he has had making Hawai‘i a national leader on climate and energy policy,” said Jeff Mauk, executive director of NCEL. “NCEL is fortunate to have such a visionary leader bolstering our efforts to create a healthier environment for all.”
"I look forward to continuing to work together with our Democratic and Republican colleagues across the country to assist them in adopting laws and policies to transition their states to 100 percent clean energy, protect our public lands and open spaces, and ensure clean air and water for all," said Rep. Lee.

Rep. Lee represents Kailua and Waimānalo and is Chair of the House Judiciary Committee.
Posted by James Gonser at 1:00 PM