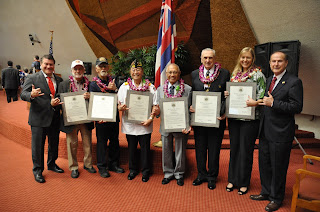 On March 29, 2012, President Barack Obama proclaimed March 29, 2012, as Vietnam Veterans Day. The proclamation called "upon all Americans to observe this day with appropriate programs, ceremonies, and activities that commemorate the 50th anniversary of the Vietnam War."
Posted by James Gonser at 2:39 PM