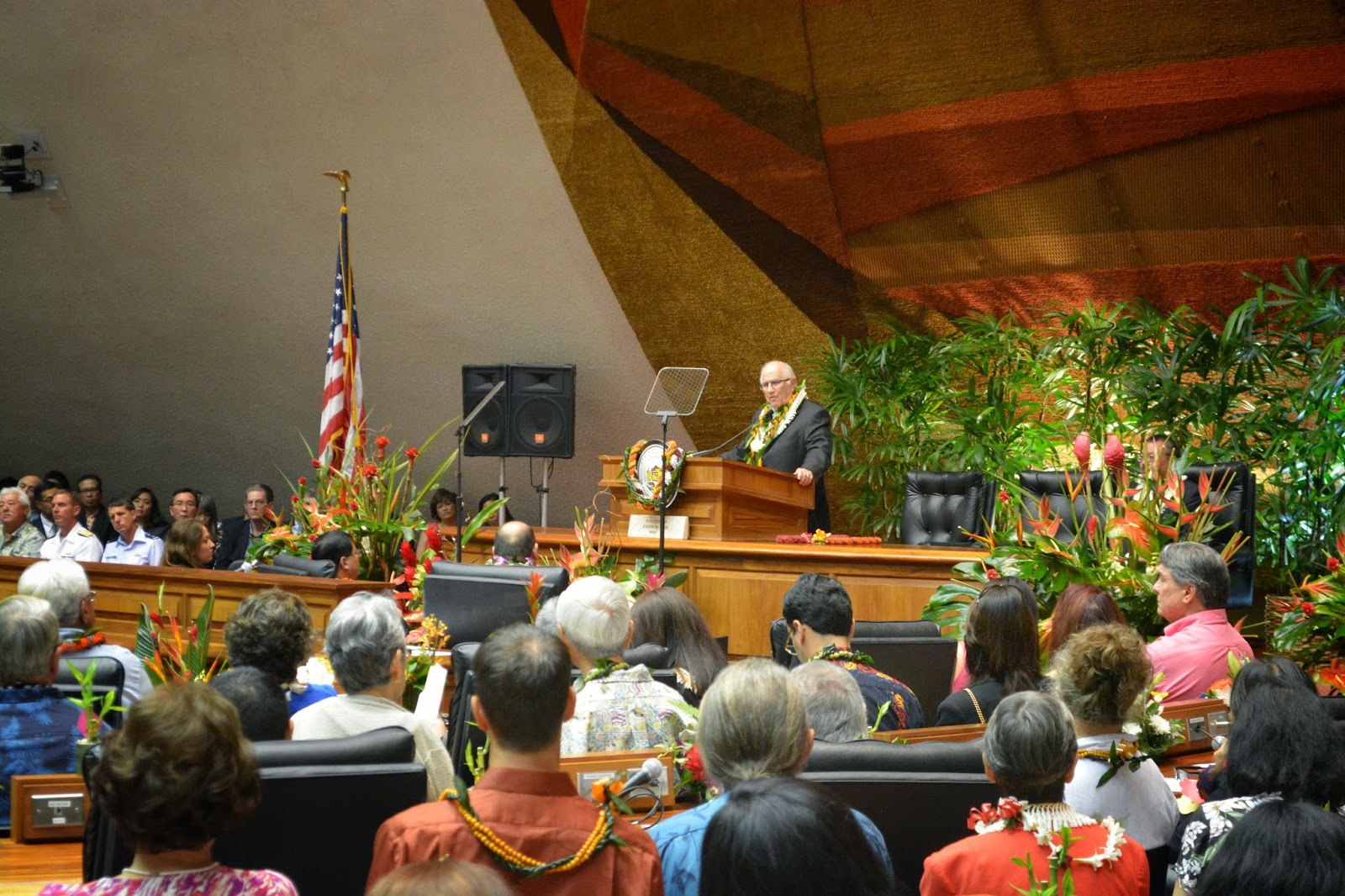 In his opening day remarks, Speaker of the House Joseph M. Souki called on members of the House of Representatives to focus on doing the “nitty-gritty” work that will allow government to function more efficiently and for Hawaii’s families to pursue their dreams.

In a session that is expected to be business-like in its approach to tackling unfinished matters, Souki asked House members to let the rhetoric settle, roll up their sleeves and “get down to work in workman-like fashion.”

“Last year, I asked you to be bold in tackling some very difficult issues, and you answered the call by increasing minimum wage, restructuring HCDA, and taking care of the state’s unfunded liabilities,” Souki said in highlighting last year’s session.

“But that was yesterday and yesterday’s achievements. This morning, we must begin to take care of today’s business with the same determination and boldness.”

While acknowledging that Oahu’s rail system will help the state direct growth along its transit stations, Souki also raised a cautionary flag on the City’s proposal to raise the general income tax (GET) for rail saying, “We will be holding the City’s feet to the fire and closely scrutinizing its request to extend the GET tax on rail.”

He also identified three specific areas relating to healthcare that fell under the category of unfinished business.

He pointed to the Hawaii Health Connector, the state portal to health insurance under Obamacare, as one of the issues that still needs legislative attention.

“If we are to finish the job of providing universal healthcare, then all stakeholders must come to the table with an open mind and be willing to work hard for that goal,” Souki said.

Souki also called for the House to draft enabling legislation to provide the state’s public hospital the option of looking at private-public partnerships as a way to deal with its mounting financial obligations. In noting recent talks between Maui Memorial Hospital and Hawaii Pacific Health, Souki said such a partnership could save taxpayers significant money and improve healthcare on Maui.

“It behooves us to study this opportunity carefully and look at legislation for this and other potential partnerships,” Souki said.

The Speaker asked lawmakers to pass legislation to create a statewide system to dispense medical marijuana. In 2000, Hawaii became the first state to legalize the growth, possession and use of marijuana for prescribed medical purposes but did not provide for a legal and practical method of acquiring it. A task force set by the Legislature last year recently recommended the creation of dispensaries.

“We must also ensure the well-being of those who have unique health issues and who require a little more compassion from us,” Souki said. “I am speaking of those who need better access to medical marijuana. Yes, it is legal in Hawaii. But there is no legal access to it. The time has come to fix this contradiction.”

Souki also called on House members to look at moving Oahu Community Correctional Center (OCCC) to Halawa by leasing the Kalihi parcel and using the funds to build a new prison or expand the current one in Halawa.
Posted by Unknown at 3:15 PM