The Committee on Hawaiian Affairs and the Committee on Water, Land, & Ocean Resources reconvened yesterday to announce their decisions on several pieces of legislation, including the closely watched HB2521, which would transfer Kaka'ako Makai lands to the Office of Hawaiian Affairs. The Committees deferred the measure and will wait for the Senate version of the bill to cross over into the house before taking a vote. 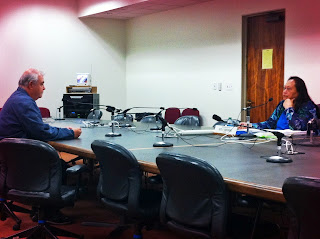 The Committee on Hawaiian Affairs adopted multiple pieces of legislation designed to enhance the well-being of Native Hawaiians as well as the state as a whole. Among these bills were HB2806, establishing an aha moku advisory committee within DLNR; HB2807, requiring a comprehensive financial audit of the Department of Hawaiian Home Lands; and HB2809, designating October as "Kalo Appreciation Month."

HB2875, requiring reading, math, science, and other assessments administered to students in grades three through six of the department of education's Hawaiian language immersion program to be developed originally in the Hawaiian language, was also adopted by the Committee. The bill received a tremendous outpouring of support from individual citizens, various community organizations, and the Office of Hawaiian Affairs. The only testimony that was not in support of HB2875 came from the Department of Education, whose representative, Cara Tanimura, said, "we would support the bill provided it doesn't impact the budget." Chair Hanohano took exception to the manner in which the DoE handles Native Hawaiian Affairs and gave them a sharp rebuke which was applauded by Rep. Gene Ward.

The Senate Committee on Hawaiian Affairs will announce its decision on its version of the Kaka'ako Makai land transfer on Monday, February 13th. The announcement can be viewed here.
Posted by Jay at 2:30 PM