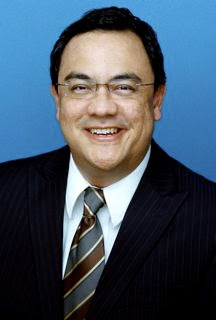 House Speaker Calvin Say announced today that he has selected Representative Pono Chong to replace Blake Oshiro as the Majority Leader for the Hawaii House of Representatives.

"Pono Chong is my choice to replace Blake as Majority Leader," said Speaker Say. "Pono has worked very hard for the people of Hawaii and the House of Representatives, especially during the budget crisis of the past three years. As Majority Whip during those years, he was a major contributor in resolving the crisis through a balanced approach of budget cuts and revenue enhancement. Blake has recommended Pono as Majority Leader. I am confident that Pono will continue the standard set by Blake."

Pono Chong represents District 49 -- Maunawili, Olomana, Enchanted Lake, and Kaneohe. He began serving as the Representative for that District in 2005. At present, he is a Majority Whip and Vice Chair of the Housing Committee.

Blake Oshiro will be leaving the House of Representatives on December 7, 2011 to serve as Deputy Chief of Staff for Governor Abercrombie.