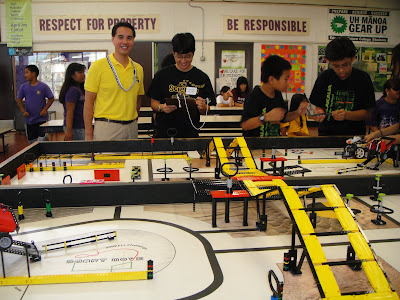 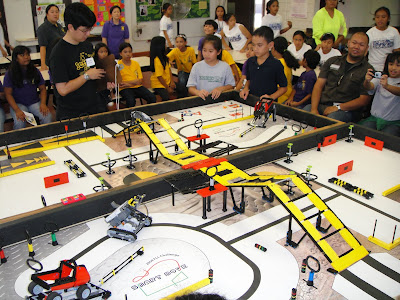 They are judged on various tasks that are accomplished by the robots they design, and they are also judged on the robot's ability to maneuver and complete the obstacle course in the given amount of time. 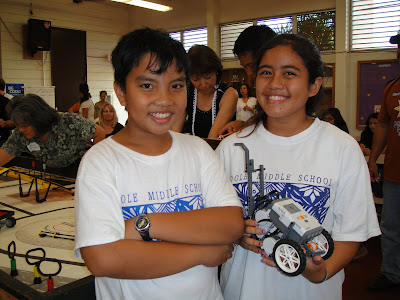 Dole Middle School Team
The competition is both challenging and fun, and the students learn math and science skills as well as problem solving. The competition between the schools are preliminary rounds, which lead to a statewide competition held in the coming months at the Blaisdell Arena. 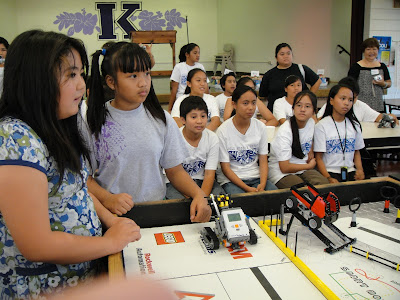 Both Senator Donna Mercado Kim and I were in attendance to support the students. 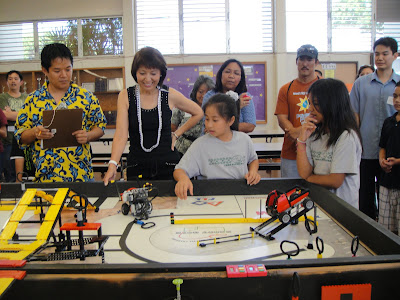