Big Island girls do it better 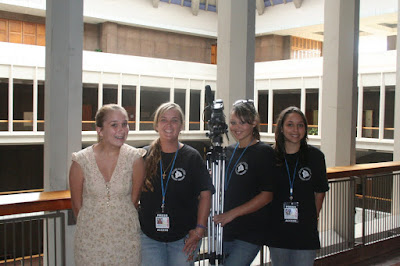 A student film crew from the Hawaii Academy of Arts and Sciences, a small public charter school in Pahoa on the Big Island, visited the Hawaii State Capitol today to interview House and Senate members from their island. The Capitol film project will air on Na Leo Public Access TV once completed.

HAAS Productions launched just six months ago under the direction of Gloria Baraquio, and in this short period of time the all-girl film crew has accomplished numerous achievements. They were able to win at the E Malama Aina Film Festival in Hilo with a short film on sustainability, produced a short Christmas segment for Na Leo Public Access TV, and submitted a short film on underage drinking to the HMSA video contest. In addition to their Capitol project, the production team is working on entering two other film contests with E Ola Pono and Na Leo TV. 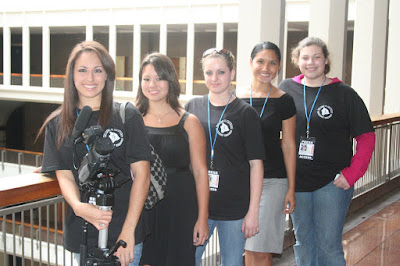 The above poster has been posting that exact same message to blogs all over america. It's spam trying to get you to go to the church music site.